Denmark eased its coronavirus restrictions on Wednesday by reopening schools and day care centers. But thousands of parents kept their children at home because of concerns about a second wave of coronavirus infections.

As the rate of new cases falls, the government's decision to reopen schools has led to a debate over balancing the economy and the safety of children.

"I won't be sending my children off no matter what," said Sandra Andersen.

She is the founder of a Facebook group called 'My kid is not going to be a Guinea Pig.' It has more than 40,000 followers.

Andersen is the mother of two girls, aged five and nine.

"I think a lot of parents are thinking, 'Why should my little child go outside first'," she said.

The coronavirus has infected more than 6,600 people across the country. Three hundred of them have died as a result of COVID-19, the disease caused by the virus.

Denmark has told citizens to stay safe at home for the past month. The government also ordered stores, restaurants and movie theaters to close. 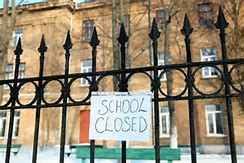 On Wednesday, Prime Minister Mette Frederiksen defended the decision to reopen schools. Frederiksen said she had acted on the advice of health officials. She also said reopening the schools would let parents return to work and "get the economy going again."

Christian Wejse is a scientist at the department of infectious diseases at Aarhus University. Wejse said he understood people's worries "because we've spent a month trying to avoid contact." But he added that new infections would not be a problem for children because "few fall ill, and those who do won't get very sick."

He told Danes to look at neighboring Sweden, which has kept schools open without a big rise in infections. Children, he added, do not seem to be much of a carrier of the infection.

Thousands of Danish mothers have joined an online group called Momster. Its founder, Esme Emma Sutcu, said most mothers do not believe government officials have things under control.

She said, "Suddenly, these moms feel like they just have to throw their kids to the frontline and I think their reaction is: 'Don't mess with our kids'."

Nonne Behrsin Hansen is a mother of two children, aged two and four.

She will not send her children back to school, she said, adding the conditions officials are setting up now are "even worse."